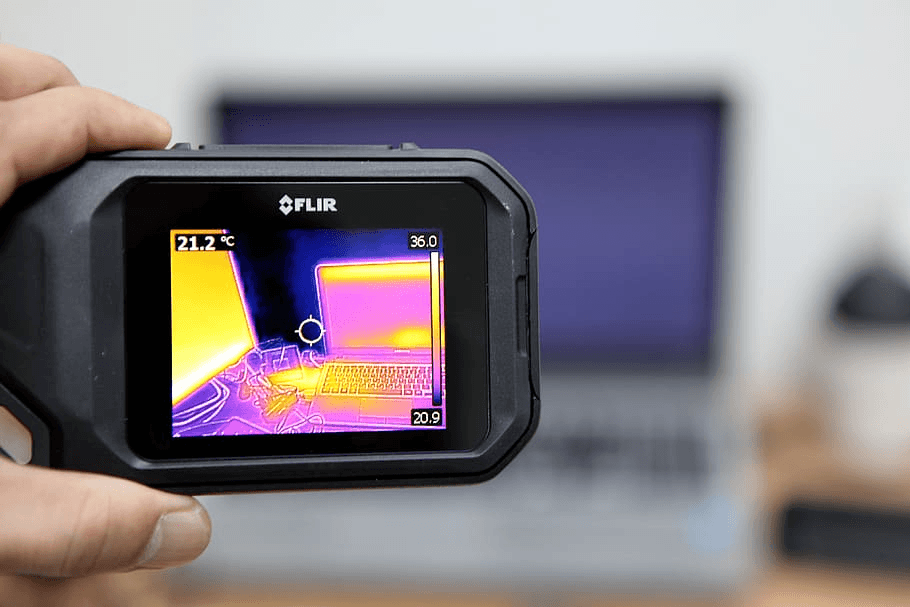 The thermal camera is a thing of beauty. This wonderful invention has become increasingly affordable for regular consumers, and it has countless benefits across various applications. Hence, would you be interested in learning some facts about thermal cameras?

As thermal imaging equipment becomes more accessible, we are seeing several industries adoptingtechnology. From marine iceberg detection to military use, and even in the HVAC industry, thermal imaging equipment is becoming a staple for professionals. Even the construction sector is benefitting through the use of thermal cameras due to its ability to help them detect overheating electrical components.

A thermal camera is essentially a means to detect how heat is distributed in an area. A regular camera detects and captures light and displays it as information on a screen. A thermal camera utilizes a thermography tool that detects heat. Where a normal camera shows how the light looks in an environment, a thermal camera depicts an image created by the heat map with the appropriate temperature data.

We are going to discuss some of the most interesting facts about thermal cameras that you probably did not know (but you should!).

The first interesting fact about thermal cameras is that they cannot see past glass. The reason why you see a reflection of yourself even through a clear glass is that the camera is picking up the reflected thermal data.

It can be confusing since glass is not very reflective. There is a scientific reason for this. While windows can let visible light pass through them, they do not let infrared light to pass through. So if there is any infrared light shining on a clear glass window, it will act as a mirror for it. Thermal cameras detect infrared light because it is the part of the light spectrum which carries data about heat.

You might be able to see through the glass with a professional quality thermal camera, but the image will be significantly deteriorated since the glass filters out any infrared information.

Many people have this misconception about thermal imaging equipment because they have probably seen something in an espionage or action movie where the protagonist uses thermal imaging to see through walls to detect where the enemies are. Most walls are thick and built with materials to keep the structure insulated. A thermal imaging camera has no means of picking up the heat on the other side of a wall.

If you point a thermal camera towards a wall, there is a chance you might see heat on the wall caused by the air conditioning unit, internal heating, or the heat generated by a light fixture on the other side of the wall. You might even be able to see the heat of the pipes within the wall if the camera is good enough and the material of the wall.

For the most part, you cannot see through a wall using a thermal camera.

One fact about thermal cameras you probably didn’t know is something we addressed earlier on. This piece of equipment is being used in all its shapes and forms for various applications. Did you know that thermal cameras are often used in ships so they can spot icebergs from a long distance? It can even help them locate any passengers that might have gone overboard.

Another misconception about thermal cameras that we wanted to clear is that they cannot detect ghosts. If you’ve watched ghost hunting programs, we are sure you must have seen them whipping out thermal imaging equipment to detect “anomalies” that might indicate the presence of ghosts.

It can create a convincing case because of how hi-tech it looks, but thermal cameras are not useful ghost hunting tools. The image you see with a thermal camera can be affected by several sources of temperature. Any “anomalies” you see on those shows where the thermal camera picks up something can be explained by usual phenomenon. Heating behind walls and even the heat reflected from a person’s body can show up in the image.

Fact #5: It’s almost impossible to hide from a thermal camera

Have you seen that movie in which Arnold Schwarzenegger cakes himself with mud when he was fighting an alien? The alien was using thermal imagery and Arnie manages to become invisible through quick thinking to use mud to hide his heat signature.

In real life, Arnie would’ve been killed almost instantly if he used mud to hide from the alien. A thermal camera does not rely on visible light. Rather, it depends on infrared light to depict the thermal imagery. It does not get affected by darkness, weather conditions, or mud for that matter.

It is also the reason why law enforcement officials are increasingly relying more on thermal imaging equipment to spot criminals. The military also uses thermal equipment in aircraft and other areas to ensure the safety of soldiers.

A thermal camera can detect a person’s body heat signature through a bush, fog, or even snow. This is why thermal cameras, especially of a high-quality, are almost impossible to hide from.