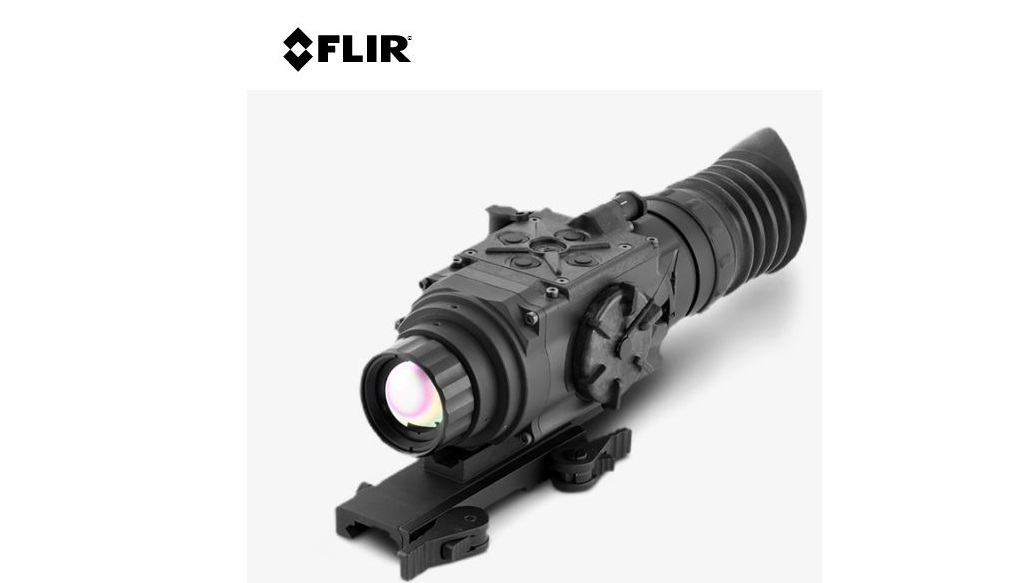 The Armasight Predator 336 is one of the most affordable thermal riflescopes. It’s a great choice for hunters looking for an entry-level thermal scope with good imaging performance.

Armasight is a FLIR brand, so you can expect the same excellent build quality, performance, and reliability as other FLIR products.

You can choose from several reticles, switch between several colors and black and white palettes, and increase magnification up to 8x.

Read on to learn more about the Armasight Predator 336.

If you are looking for something with higher resolution and a longer range, we have some great recommendations in our cheap thermal scope buying guide. 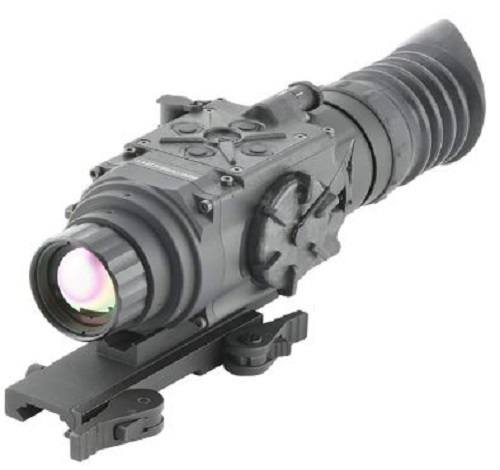 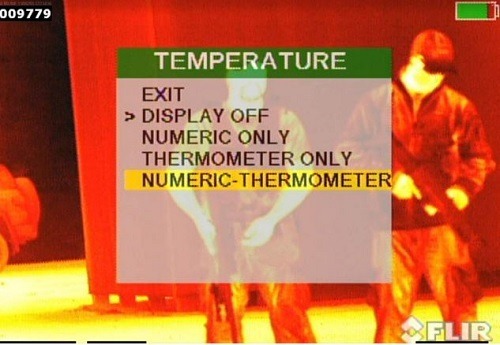 Though you can get a higher resolution riflescope, the Armasight Predator does pretty well with the 336x256 sensor.

The image is fairly sharp, and as long as you are not too far away from your target, you can easily identify an animal on the LED display.

For large animals like hogs, the identification range is about 200-300 yards. For smaller creatures, it’s about 100 yards.

What the Predator scope lacks in image resolution is its compatibility with only a large objective lens. Compared to the more common 19mm lenses, the 25mm lens captures more infrared light, resulting in a better quality image.

It also provides a wide enough field of view for hunting.

Most users say they rarely need to use the digital zoom. That’s good because zooming digitally often deteriorates image quality.

For most hunting situations, you’ll find that the base 1.6x or 2x optical magnification is good enough to identify animals even at a distance.

But if you need to get a close-up view without getting physically close, the digital zoom feature is handy. You can increase it from 1x to 4x.

At 1.4lbs, the Armasight Predator is one of the lightest thermal riflescopes thanks to the aircraft-grade machined aluminum construction.

Depending on your preferences and the kind of environment you are hunting in, you can choose from several thermal palettes.

The most popular are white-hot and black-hot. There are also several color options, including a rainbow.

The Predator also comes with a reticle system to help you take precision shots. There are six digital reticles to choose from, including line dot, crosshairs, and cross.

Instead of the rings you get with most thermal scopes, the Predator comes with a more convenient Picatinny Rail quick-release mount.

It makes it super easy to attach and detach the scope from the rifle. It’s especially handy if you use the scope with multiple rifles. Transferring the scope from one rifle to another is easy and quick.

The Predator’s battery life is not quite as impressive as other scopes. The two CR123 batteries provide only 3 hours of hunting.

But you have the option of attaching an external battery pack (sold separately) that provides up to 8 hours of battery life.

The Armasight Predator has no built-in video recording like other scopes. But you can still record video using an external digital video recorder (DVR).

The scope has a video output port.

At this price, we expected quite a few limitations. The reduced image resolution, limited range, and lower refresh rate are not surprising for an entry-level thermal scope like the Predator 336.

These are sacrifices most hunters are willing to live with in exchange for a lower cost.

What users wish most for is the better battery life. The included batteries are not ideal for prolonged hunting adventures.

Luckily, this is an easy problem to solve with an external battery pack, though it means spending more money.

Another feature that would be nice to have is a built-in video recording. Thankfully, you can also overcome this with an external DVR.

The Predator also lacks a built-in rangefinder, meaning you have to carry your own separately.

Overall, it seems the biggest limitation of the Armasight Predator 336 is you have to carry many separate tools to get all the functionality you need.

The separate rangefinder, battery pack, and DVR can quickly bog you down, especially if you have to walk a lot to find good hunting spots. 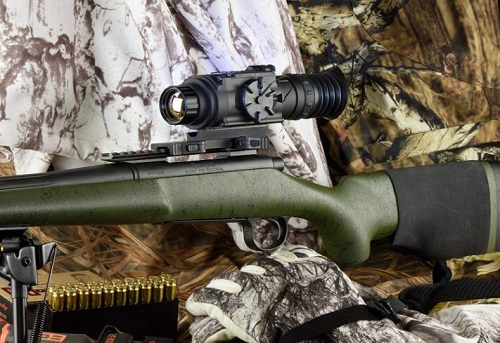 For hunters looking for an affordable thermal alternative to a night vision scope, the Armasight Predator offers most of the specs and capability you need at a great price.