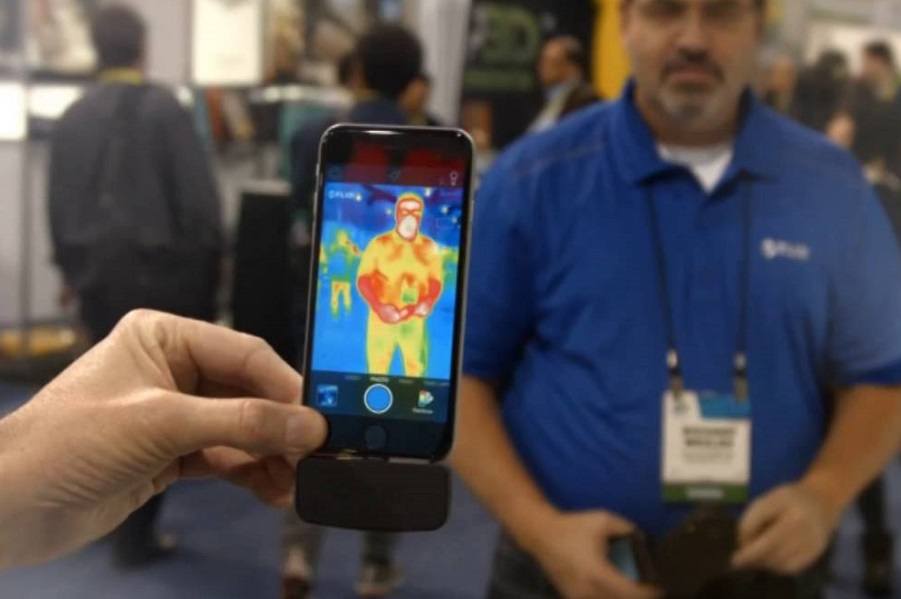 Best Thermal Imager for Your Smartphone: FLIR One vs. SEEK Compact

FLIR One vs. SEEK Compact

When thermal imaging cameras were first developed, they were massively expensive, big, and required training to use.

As technology advanced, thermal imaging has become more widely available, resulting in thermal imagers that are small,  versatile and easier to use.

It was only a matter of time before thermal image technology entered the smartphone market.

The FLIR One and Seek Compact thermal imagers are relatively new, but both have quickly become the two most popular infrared cameras available for Android and iOS devices.

These two thermal imagers are not perfect by any means, but they provide much more than novelty use or gimmicks.

They are the real deal and are fully capable of offering accurate imaging that you can use in and around your home, and plenty of other applications.

Both the FLIR One and Seek Compact retail for under $200, leaving many consumers at odds for which one to choose for their own use.

This article compares the two devices in detail to help you make an informed buying decision.

Before highlighting some of the differences of the two imagers, let’s first learn what they have in common. 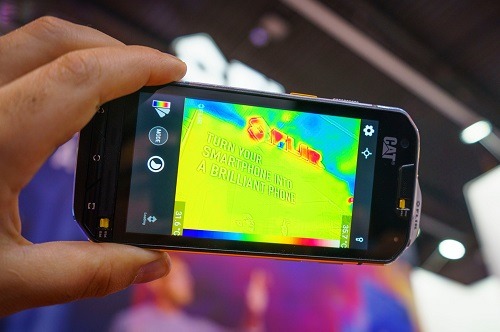 Available for Both Android and iOS

Don’t worry about having to choose whichever thermal imager depending on your phone type. They are both available on the two biggest platforms.

Both the One and Compact are able to capture images and video, making them equally versatile. Each device can toggle from video to photo with ease, while also offering different color palettes in which to view your files.

The One and Compact both have the ability to display the temperature of either the center of the screen, or the hottest and coolest areas within the field of view. Both thermometers are fairly accurate, and serve to give greater insight to the visual.

Each device relies on a direct connection to the phone via the charging port, rather than using a Bluetooth connection. Got a case on your phone? You’ll likely have to remove it, regardless of which imager you are using.

How the Seek Compact and FLIR One Differ?

The SEEK Compact and the FLIR One are some of the most promising thermal imaging devices for your smartphones.

Both are widely popular for their features and build quality, but they have a few key differences.

The FLIR One has a digital camera and a thermal sensor which allows it to overlay the visible light photo with the thermal image.

So, the SEEK thermal imager offers a more detailed image than the FLIR One.

Advantages of the FLIR One

The FLIR One has the edge over the Seek Compact when it comes to a few key factors. 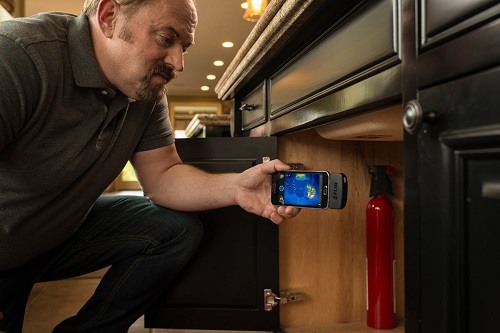 The biggest difference you’ll notice when using these two imagers back-to-back is the fact that the One has both a digital camera and a thermal sensor.

This allows the One to overlay the visible light photo with the thermal version, creating a detailed photo that provides you with a proper context in which to view the thermal image.

When it comes to image clarity (the entire point of thermal imaging to begin with,) it’s hard to compete with the FLIR One.

While both devices can take video and images, the FLIR One gives you a few more useful options.

Panorama and time-lapse features allow you to have a few different versions of the object or area you are imaging, giving even more insight into the thermal profile at hand.

The panoramic features is especially helpful in creating an image of a larger area without the need to look at multiple photos in a row.

The FLIR One’s proprietary app includes a load of options and uses for the device, including multiple ways to post-process and share your images.

The FLIR One is also very popular with app developers, as you’ll notice by the large number of third-party apps on the Google Play and Apple iTunes app Store.

Advantages of the Seek Compact

The Seek Compact may fall short in some areas when compared to the FLIR One, but it has plenty of characteristics that edge out the One elsewhere. 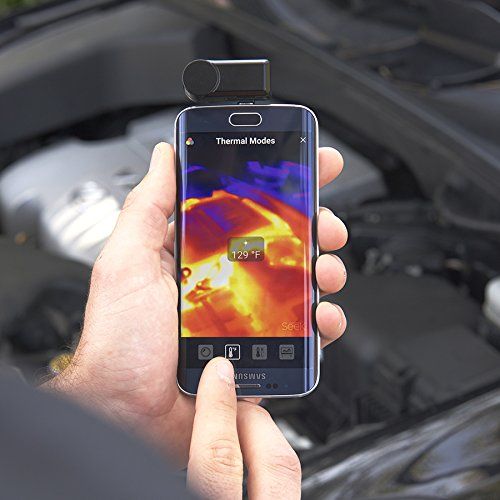 So, if your application involves extreme cold or heat, the SEEK Compact is your best choice.

The Seek Compact’s thermal sensor provides a resolution of 206 x 156, which is a pretty big advantage over the FLIR One’s tony resolution of 80 x 60.

The Seek Compact shows more detail in the thermal image.

The Seek Compact lacks the digital camera lens of the FLIR One, which trims down the size and weight down by a large margin.

The Compact is about one-third the size of the One, and weighs just half an ounce, as opposed to the 2.75 ounce size of the One. You’ll barely even know it’s there when using the imager.

Unlike the FLIR One, which has its own battery and needs to be recharged every few hours, the Seek Compact draws its power from the phone.

Yes it will wear your battery down, but many would prefer having to charge a single device rather than two.

Seek includes a waterproof hard case with the Compact, and it even has a keychain attachment.

This makes the Seek awfully hard to misplace, and very easy to throw in toolbox, or carry around in your pocket or tool belt. The waterproof aspect adds a little more peace of mind when you are in outdoor areas.

How to Use FLIR One and Seek Compact for Smartphones

To use these thermal imaging devices, you first need to download the respective apps from the Apple Store or Google PlayStore.

Both imagers have a micro-USB that you can simply plug into a smartphone. You can adjust the thermal settings and choose between different modes using the respective app.

The FLIR One has an integrated lithium-ion battery and comes with a USB-C cable to charge the device, while the SEEK compact uses your phone battery to operate.

The SEEK compact thermal imager has a narrower view which prevents you from seeing much of the scene, while the FLIR one has a wider field of view.

Comparing the Sleek and FLIR One to Newer Variants

Both the Seek Compact and FLIR One have newer variants, with slight differences between the older and newer models.

FLIR one vs. FLIR One Pro

The FLIR One Pro offers a new and improved design.

Both variants have a few similarities, like they both come with a built-in battery, offer the same visual camera resolution of 1440 x 1080, and have fixed focus.

But the FLIR One pro has an improved thermal sensor of 160 x 120, which is an improvement over the 80 x 60 thermal resolution of the older model.

The former has a 43 FOV, which is wider than the 38 FOV of the earlier variant. The FLIR One pro has a wider temperature detection range of -4 to 752°F.

Instead, they use your phone’s power to operate, have a compact design, aren’t equipped with a visual camera, and offer manual focusing.

The former has a higher refresh rate of 15 Hz, whereas the latter has a 9 Hz refresh rate.

Both variants offer a thermal detection range of -40 to 626°F.

Both of these imagers are exceptional thermal imagers for the size, and especially when considering the fact that you can now have thermal imaging on your phone in a matter of seconds by simply connecting a small device. 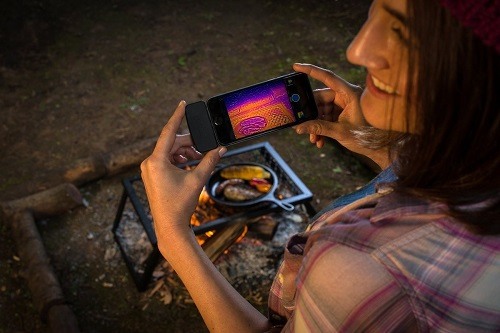 The FLIR One, despite having a lower thermal resolution than the Seek Compact, provides crisp and clean images that are easy to observe. The MSX image overlay technology makes a huge difference when trying to identify crucial details of an image. For the novice user, this is huge.

The additional camera modes can be very helpful in certain situations, giving you much more versatility over the Seek Compact.

That’s not to say that the Seek is vastly inferior -- it’s far from it. While the images don’t have the advantage of possessing the extra details a FLIR One provides, they are still adequate.

Those that may need a smartphone thermal camera in work settings or during outdoor scenarios such as camping will appreciate the small size and ruggedness of the Compact. The expanded temperature range and lack of charging will come in handy more than once as well.

The reality is that both of these devices are great at what they do -- it’s really just a matter of preference. If you want crisp, clean images, added versatility, and don’t mind the extra size and charging, the FLIR One is your choice.

If you want a thermal imager that is easy to carry around and much more mobile when it comes to operation, the Seek Compact is best for you.