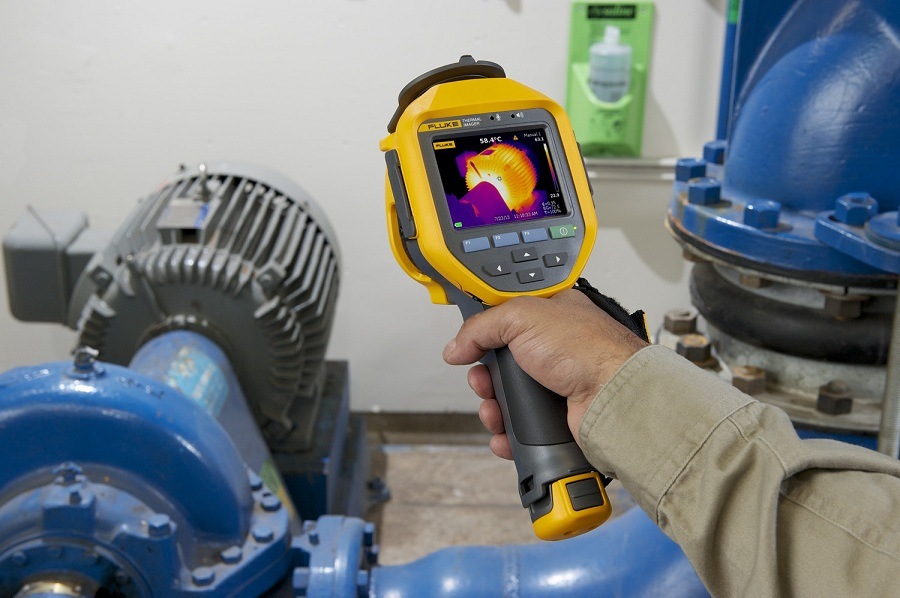 Who Needs a Fluke Thermal Imager?

Fluke thermal imagers sell a diverse range of products for many different uses.

Firefighters looking for victim in a fire use Fluke thermal imagers to pinpoint them - along with cooler areas to walk into and hotter areas to avoid.

Fluke imagers also help them find victims in low visibility conditions due to smoke and soot.

HVAC professionals depend on Fluke thermal cameras to detect flaws in ventilation and electrical wiring.

Infrared images on a Fluke thermal imager makes leaks in the walls and flawed electrical connections visible to HVAC experts.

Electricians and mechanical repair professionals can also benefit from a Fluke thermal camera. These cameras help you spot problems in rotating equipment, automotive systems, and wiring.

Surveillance and security pros use Fluke thermal imagers to identify unauthorized individuals or stray animals that might be roaming around in the dark.

But Fluke thermal imagers are not only for professionals.

They have a simple operation with easy-to-configure controls and display.

The best thing about the basic Fluke thermal cameras is the accuracy and details of the display.

These imagers are affordable, which makes them great for sole contractors who need to use them for basic inspections.

Technicians who do not want to invest in a pricey thermal imager can also benefit from these feature-rich models. 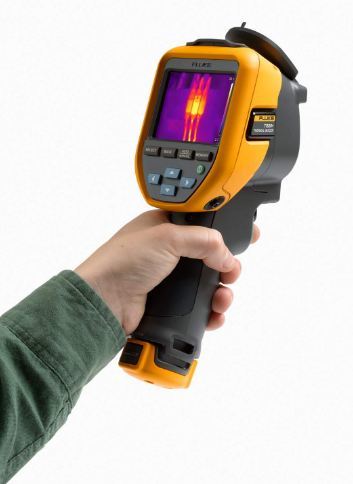 The Fluke TiS20+ thermal imager is a great choice for home inspections.

It has an infrared sensor resolution of 120 x 90, which makes it possible to see major and minor temperature changes. This is coupled with an IFOV (spatial resolution) of 7.6 mRad that provides you with clearer details in images.

Another notable feature of the TiS20+ is its wide 50 °H x 38 °V field of view (FOV) that helps you see a wide landscape. It has a fixed focus, so those new to thermal images will have no problem using it.

The Fluke TiS20+ is not compatible with optional lenses, however, so it’s not for people who do need to adjust their range.

The TiS20+ can detect temperatures accurately within a range of -20°C to 150°C so it will work in almost any ordinary situation.

However, the Fluke TiS20+ Max has a wider range of -20°C to 400°C, making it a better choice for higher-temperature industrial applications.

The TiS20+ compares well with other handheld models like the TiS75+. However, the TiS75+ has an even broader operating temperature range of -20°C to 550°C. The TiS75+ also has manual and fixed focus options.

Fluke is one of the best IR camera brands in the market with its competitive thermal imagers.

Handheld professional thermal imagers by Fluke are highly reliable for people in thermography.

These devices measure the temperature of the skin to help identify disease. These are extensively used to detect breast cancer as they very accurately point out temperature variations caused by variations in blood flow and inflammation.

Fluke professional thermal imagers are also popular with equipment maintenance personnel. They get an exact idea of the leaks and flaws in structures to figure out areas that need immediate attention.

Most of the professional Fluke thermal cameras provide detailed thermal images that you can attach to your maintenance report. 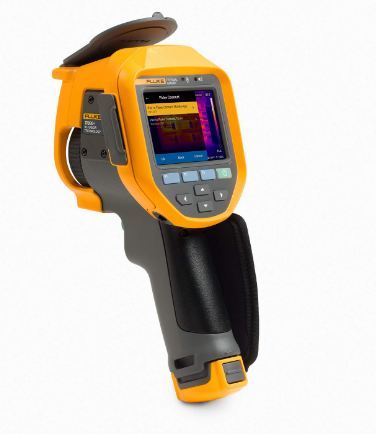 The Fluke Ti300+ is one of the most impressive professional thermal imagers that features patented IR-fusion technology.

It gives you sharp and detailed images within seconds. Its infrared resolution of 320 x 240 ensures a quality display with 76,800 pixels.

The Ti300+ has a 1.85 mRad IFOV or spatial resolution value that allows you to get a better idea of the structures and their depth.

Another great thing about the Ti300+ is that it has both manual focus and LaserSharp autofocus. These two focus options help you get in-focus thermal images when working on projects.

Its thermal sensitivity is also quite impressive as it is up to 0.075°C at a 30°C target temperature. You can also use the Fluke Ti300+ in multiple weather conditions because of its operating temperature of -20°C to +650°C.

However, if you need something that works at a higher operating temperature, then Ti480 Pro and Ti401 Pro are great options.

They also have a higher infrared resolution value at 640 x 480 and offer super-resolution, which is not available in the Fluke Ti300+.

Fluke expert/articulating IR camera series caters to the needs of engineers and thermography experts. They are well-known for troubleshooting power generation and transmission processes.

These IR cameras are also great for research and development professionals. They come in handy in all R&D-related fields, including electrical, mechanical, and sciences.

They help identify the problems at their initial stages, so you can resolve them at the earliest. This makes Fluke expert IR cameras suitable for predictive maintenance of oil and gas units.

The TiX580 is a great articulating infrared camera with superior functioning. It has a 307,200 pixels output due to the detector resolution of 640 x 480.

It gets even higher if you opt to use the super-resolution mode, which offers a detection resolution of 1280 x 960.

The IFOV (spatial resolution) value of 0.93 mRad does justice to these detection resolution values to provide an optimal display.

You can view a large area using the TiX580 by Fluke as it has a 34°H x 24°V field of view. Its thermal sensitivity of up to 0.05°C at a 30°C target temperature makes it ideal for thermal imaging.

The temperature range of -20°C to +1,000°C is also far better than other Fluke thermal imagers.

The focus system of the TIX580 is also appreciable as it offers advanced manual focus along with LaserSharp autofocus.

The TiX580 can also accommodate pre-calibrated wide-angle, 2x, 4x, telephoto, and macro lenses for a diverse range of viewing.

Compared to other Fluke articulating IR cameras, the TiX580 is a better choice. It has a higher temperature range than the -20°C to +650°C of the TiX501.

Other factors like detector resolution and optional lens compatibility are the same for these two articulating IR cameras by Fluke.

There are times when you need a mounted infrared camera to be able to focus on multiple tasks simultaneously.

Fluke-mounted infrared cameras save the day on such occasions. They are widely used by engineers who need high-quality images to assess structures quickly.

These cameras are also highly suitable for research and development professionals.

They help take accurate temperature measurements for biological, electrical, and mechanical research. Like the Seek Compact thermal imager, they do not take much space. 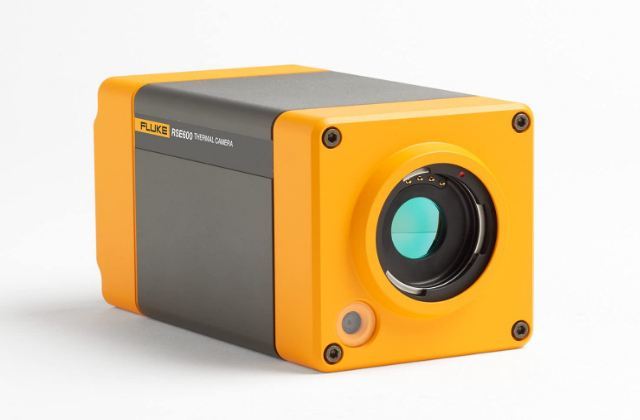 The Fluke RSE600 fixed mount thermal camera is one of the best tools for monitoring thermal hotspots.

The spatial resolution of 0.93 mRad complements the 34° H x 24° V field of view, so you get to cover large areas without missing out on any important details.

Also, its focus is adjusted by the Fluke SmartView R&D software, so you do not have to worry about it.

You can use smart wide-angle, 2x telephoto, 4x telephoto, and macro lenses with this thermal camera.

It also has a remote control operation, so you do not have to leave your spot to check temperature variations.

Other major aspects are the same for these two. So, you can go for either of these if you are not particular about resolution values.