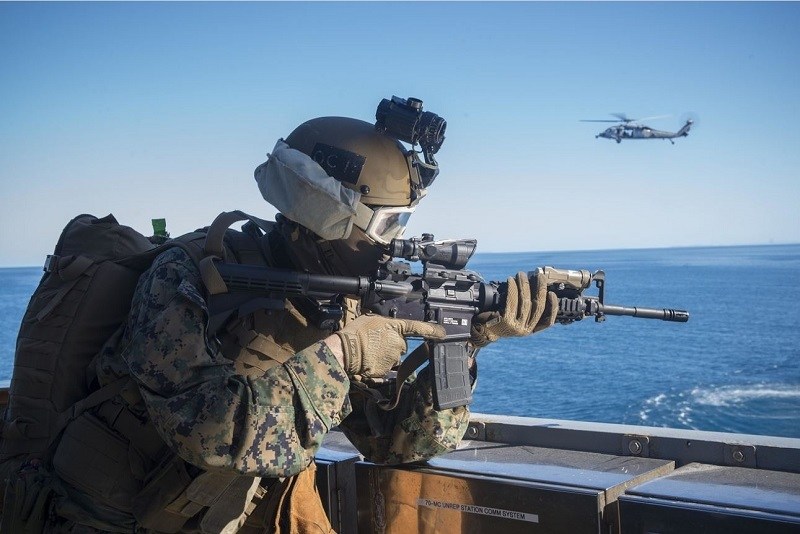 What US Marines Can Expect From The Latest Night Vision Systems

Marines will soon be getting brand-new binocular-style night-vision goggles.

However, service officials are still interested in an innovative wireless system that the U.S. Army is going to start fielding.

Marines who examined the 31As, outfitted with a special, clip-on thermal device, found they performed better than the obsolete AN/PVS 14 monocular NVGs.

The Marine Corps lately awarded a $250 million contract to Harris Night Vision to create the new SBNVG, which provides enhanced capabilities over the current AN.PVS 31A.

(Elbit Systems of America has since acquired Harris Night Vision.) 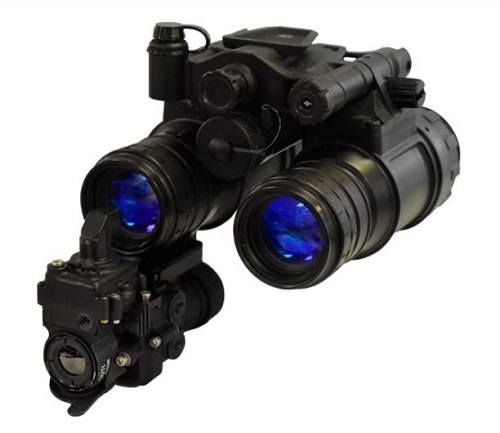 The contract award was designed to acquire binocular-style NVGs equipped with thermal capability into the field as quickly as possible.

Marine officials are evaluating the Army's Enhanced Night Vision Goggle-Binocular effort, which might provide an even higher capacity,.

The new Squad Binocular Night Vision Goggles comprises several improvements over the 31A.

The performance specification was written to offer the Marine Corps with a similar level of performance capacity.

The SBNVG includes a variable diopter, allowing for vision adjustment for the user.

The 31A features a fixed diopter, so if you have poor eyesight, you might need to put another diopter lens.

The system features an advanced Clip-On Thermal Imager (ECOTI), made by Safran Optics 1. It enables the user to observe a heat signature through the smoke and other obscurants.

The Marine Corps asked that SBNVG feature an infrared illuminator for use in subterranean and other environments where traditional IR cannot collect and magnify ambient light,

There is a high-light shutoff, so if you're in super bright surroundings, it will automatically shut off the goggles so to not burn the tubes.

The SBNVGs feature the standard flip-up stowing mechanism, but Marines also wanted a side-stow  capacity for working in areas with low ceilings where they are snagged.

Currently, the Marine Corps is planning to get 14,000 new SBNVGs, but the service has a total NVG demand of about 37,500, officials said.

Marine Officials added that the service is quite interested in the Army's Enhanced Night Vision Goggle-Binocular campaign.

The Army is preparing to field its new ENVG-Bs to officers from the 1st Infantry Division's 2nd Armored Brigade Combat Team in Fort Riley, Kansas.

The ENVG-B includes a fused thermal imager and can wirelessly connect to the Family of Weapon Sight-Individual (FWS-I). It shows the weapon sight reticle from the ENVG-B, arming militants with the ability to correctly engage without shouldering the weapon.

The Marines will continue to observe and collect data that comes from soldiers using the system in a real-world environment.

The Marine Corps has also ordered 195 ENVG-Bs for continuous evaluation, but the timeline for ENVG-B testing hasn't been determined.