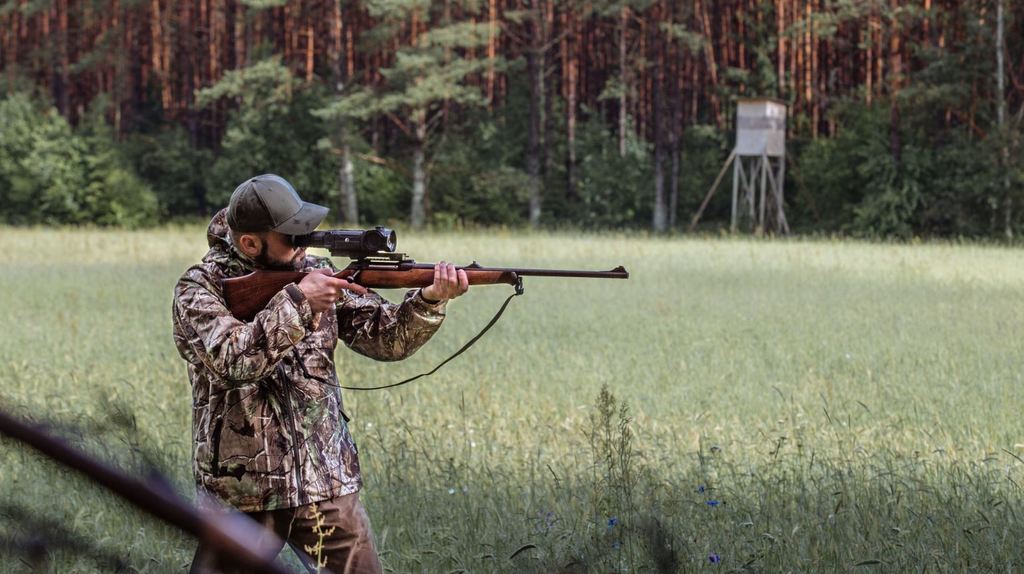 During the past several years, we have learned that thermal imaging equipment has a lot to offer to hunters.

During this time, FLIR has continued to provide more products that are lighter and less expensive. As long as your country's laws enable the use of thermal optics, there is a lot that this new technology offers.

Here are eight ways that the use of thermal imaging for hunting is a game-changer.

1. One Optic for Day or Night

For an explanation of how effective the technology is, the FLIR team set up a scavenger hunt for a group of authors at Gunsite Academy in Arizona.

It was about noon, and the sun was bright and high when they set out to the desert in groups of six with handheld Breach PTQ136 thermal components to find over a dozen" targets" such as plush animals packed with ice or equipped with hand warmers -hidden in the Palo Verde trees and creosote bushes nearby the primary office. In a short time, they had gathered them all.

The purpose of this exercise was to show that thermal technology, which is generally linked with night hunting, is equally working for daytime hunting.

That suggests one optic for calling busting hogs or coyotes under cover of darkness and during the morning, evening, or mid-day setups.

The term "inexpensive" is relative based upon your own budget, but there is no denying that the price of thermal technology has decreased significantly in the last few years.

The compact plug-in FLIR ONE Gen 3 unit, which turns your smartphone into a thermal imaging device, costs $199 now --in 2007, that same technology costs approximately $15,000 to buy.

Imaging optics, once intended for the independently wealthy, are now within reach of the average user. FLIR's Scout TK, which provides a 640x480 LCD screen, multiple color palettes, built-in video, and still imaging and video capabilities and fit in your pocket, carries an MSRP of $599.

The new PTS lineup of thermal riflescopes starts at $2,199.

Cheap? Maybe not. But compared to what you would pay for this kind of technology a decade ago, these products are a steal.

In fact, experts have learned a lot about wildlife habits and motion from the time that they have spent out in the woods at night using the handheld Scout III unit. It has helped them understand how and when deer access food plots, which plots they prefer, and the way they move at night during the rut.

Moreover, they have watched rabbits, foxes, coyotes, and a variety of games. When thermal imaging is used for hunting it offers a window to what is happening around your property in the dark.

Several hundred years ago, Hernando de Soto and his group of Spanish colonists were traversing what is now the southeastern United States.

Seemingly, de Soto and his team had a preference for pork, and on that trip, they brought along hundreds of pigs. A sizable number of these pigs escaped went feral and were the foundation stock for the estimated five thousand wild hogs that now roam at least 38 U.S. states.

To say that feral hogs are a challenge is an understatement, for all these swine are currently displacing native species and cost this nation billions of dollars in crop reduction every year.

Worst of all, eradicating pigs is very challenging, but using thermal imaging for hunting them can help. 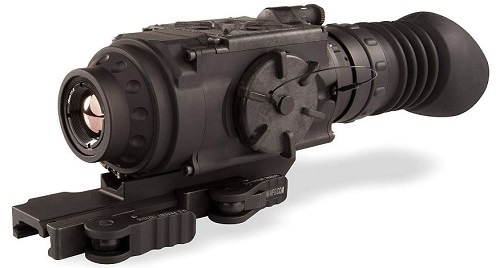 FLIR PTS233 thermal scope is a small-sized device that mounts directly on your rifle. It provides a variety of control options to change color palettes and reticle designs and lets you search hogs under cover of darkness--the most suitable time to catch these feral swine.

Pigs are a threat to a number of our precious indigenous wildlife species such as turkeys, whitetail deer, waterfowl, and upland game, and they provide affordable hunts, liberal, if any, bag limits and long seasons. Conquering hog populations helps game and farmers, and thermal scope is a fantastic option.

Thermal technology has been used by wildlife law obligation to help diminish poaching and illegal hunting at night, which is a benefit to all hunters and game populations.

One example of how successful thermal technology could be on conquering poaching comes from Kenya. This African nation has lost a significant number of its elephants to poachers.

In one area of Kenya that was especially devastated by poaching, game rangers who were trying to stem the tide of illegal ivory succeeded to grab over a hundred poachers in short order due to thermal technology.

But the conservation benefits aren't restricted to Africa; in the United States, thermal technology has become a boon for wildlife officers to help reduce the toll poachers take on wildlife, saving the future of our sport.

Any whitetail hunter will explain to you how booming coyote inhabitants take a toll on deer populations, particularly in the spring and summertime, when these hungry predators are busy sorting out fawns.

Game supervisors understand that predator control is the key to a healthy population of game animals, and more and more coyote hunters and game managers are turning into thermal optics.

A rifle with a thermal optic is less cumbersome and lighter than a conventional white light and filter, and it enables you to see coyotes that are hidden in shadow or brush --something that is hard with night vision device.

A center fire rifle fitted with a thermal optic will let you intercept more of those crafty canines as they arrive at your call night or day.

Have you ever been camped in the grizzly country where nature called in the middle of the night?

It sure is lovely to have a thermal handy during these cases, as a quick scan of the surrounding region provides some security against bumping into a big bear when you are heading out to do your own business.

But that's only one way that predators are protected by thermal gears. If you have ever hunted deer on public property during firearms season, you apparently realized that your secret hunting spot is so secret.

Having a handheld thermal in your pocket lets you ascertain whether or not other hunters are setting up surrounding, and that can be a real asset.

Irrespective of how safe you are, you can't know the man who set up tent few yards away from you is in gun safety, but using a thermal, at least you'll know they're out there.

And if you are all set up to sweet talk that gobbler you know is across the area and suddenly realize another hunter is wandering around beneath the roost tree, then you can count your losses and bail. 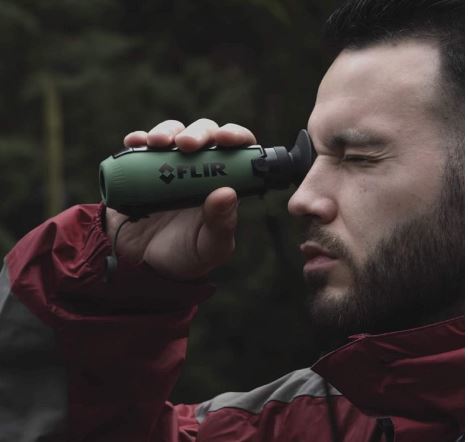 Handheld thermal devices are invaluable when you're trying game (again, be sure to check local regulations to make sure that you're under game legislation).

Where allowed, a handheld thermal can be a great advantage when you are struggling to get a blood trail in the dark, mainly if you're caught in an unexpected rainstorm, which makes blood even harder to find in leaf litter.

When using thermal imaging for hunting, blood stands out clearly, and it is also possible to spot the heat signature of a downed creature in a thick brush.