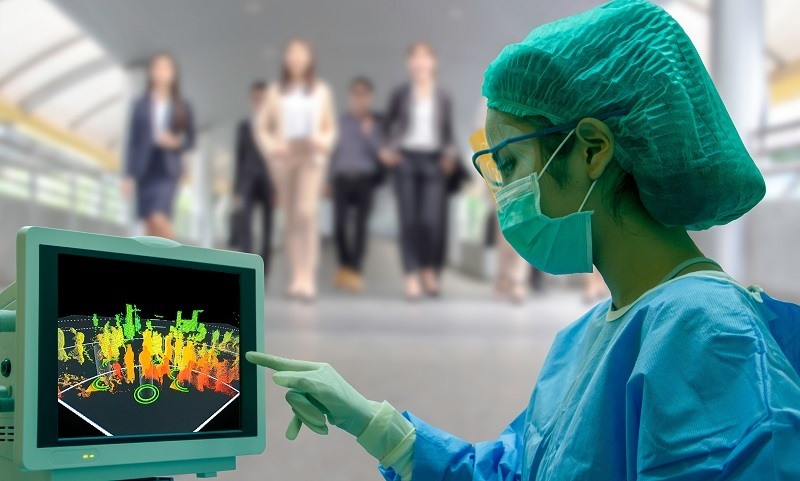 Medical thermography, also known as digital infrared thermal imaging, is used as a method of early detection during homeostatic imbalances.

Two techniques in medical science work the same as a thermograph, the EEG and ECG.

What's excellent about thermography is it is not an invasive procedure. The tool doesn't require to be in touch with your body as it only uses your body heat to help diagnose your health condition.

Unlike mammography, thermography does not use or emit radiation makes it safe for the human body.

There are two components to a medical Thermography, one is the IR camera, which takes thermal imaging, and the other one is a computer or laptop which presents the captured image.

Thermal imaging is a low-cost yet reliable system to check and monitor patients.

An accurate IR camera and a powerful computer, the warmth from your body, is examined and recorded on the computer, which will offer the physician a clear thermal image. With that picture, they can analyze and diagnose your body and its health.

With the innovation in technology, thermography has taken thermal imaging at the forefront of diagnosis.

As it continues to progress, professionals are coming up with an increasing number of thermography applications. Some of its applications are the following:

This field is where thermography is applied the most. It is used to screen for fibrocystic breast disease, tumors, mastitis, and breast cancer.

However, it was not well-received at the start. The thermography application generated backlash from the health care community, and it's only recently where it received the recognition that it deserved. 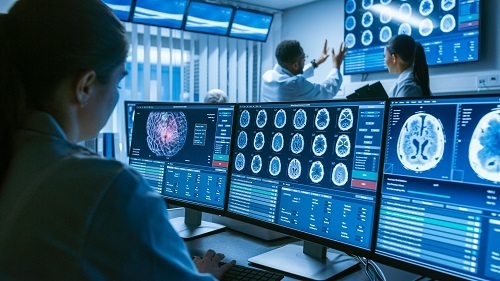 With the advancement of technology, it is enhanced and is thought of as a potent tool against breast cancer.

In similar fashion to breast pathologies, conditions that involve the circulation of blood through the vessels in the head and neck region can easily be diagnosed with thermal imaging.

Due to the size of the blood vessels in your face and neck area, thermal cameras can quickly obtain a heat map.

Your physician can then interpret that image and see if you have any developing vascular illness that might lead to a stroke.

This is where the medical thermography shines the most. In this application, a thermal camera can showcase its capability to accurately diagnose patients undergoing problems with their neck, back, and extremities.

When a muscle is strained or is torn, it generates heat within a chemical reaction. Those heat patterns may indicate if you have any complications or not.

Physical Neurologists, Chiropractors, therapists, and more love what thermography does for them.

Medical Thermography has provided professionals the ability to identify any appearance of deep vein thrombosis, along with other circulatory disorders painlessly and safely.

If you leave those disorders unexamined, it might lead to the loss of limbs, and maybe a stroke.